A new Wednesday, a new set of comic book releases, woot! And what a week for Spidey fans, eh? SONY and Marvel Studios agreeing to have Spider-Man jump franchises for a MCU movie is an incredible step ahead for the movies we’ve all been hoping for. It should be a no-brainer to have Spider-Man mingling with Avengers characters, as that’s what you get in the comics, so yay for a temporarily smaller sandbox. Though Marvel hasn’t confirmed, the best guess for Spidey’s debut in Marvel Studios’ movie world would be Captain America: Civil War, mostly because of how integral he was in that comic series itself. The catch though is that, like Age of Ultron, Civil War isn’t supposed to be much like the comic, except in name only… so we’ll just have to wait years and see. The current Spider-Man actor, Andrew Garfield, is reportedly not reprising the role; so is there anyone else, like TheHubs and I, hoping for Donald Glover to swoop in?? As much as I loved Garfield as Spider-Man, Donal Glover would entirely raise the bar.  Comics-wise, this week is fairly quiet for me, as the current collections I’m slowly aggregating don’t have anything new coming out this round. There are a couple of comics that I’m eager to pick up anyway. Check out what’s new, and what’s entirely peaked my interest this week!

The 2nd chapter of the BLACK VORTEX! With the Slaughter Squad hot on their tails, the X-Men and the Guardians of the Galaxy are going to have to find somewhere to stash this loot. The odds against them, their only option for gaining the upper hand might lie with the mysterious Black Vortex. Will the temptation of the Black Vortex’s unknown power be too much for this band of misfits?

I mostly want this comic for the front cover. Green female aliens (reminiscent of Star Trek captain’s girlfriends, heh,) Cosmo the dog, and Howard the Duck are three reasons why I love this issue cover. After reading the first few pages online, I could easily get into the story too. 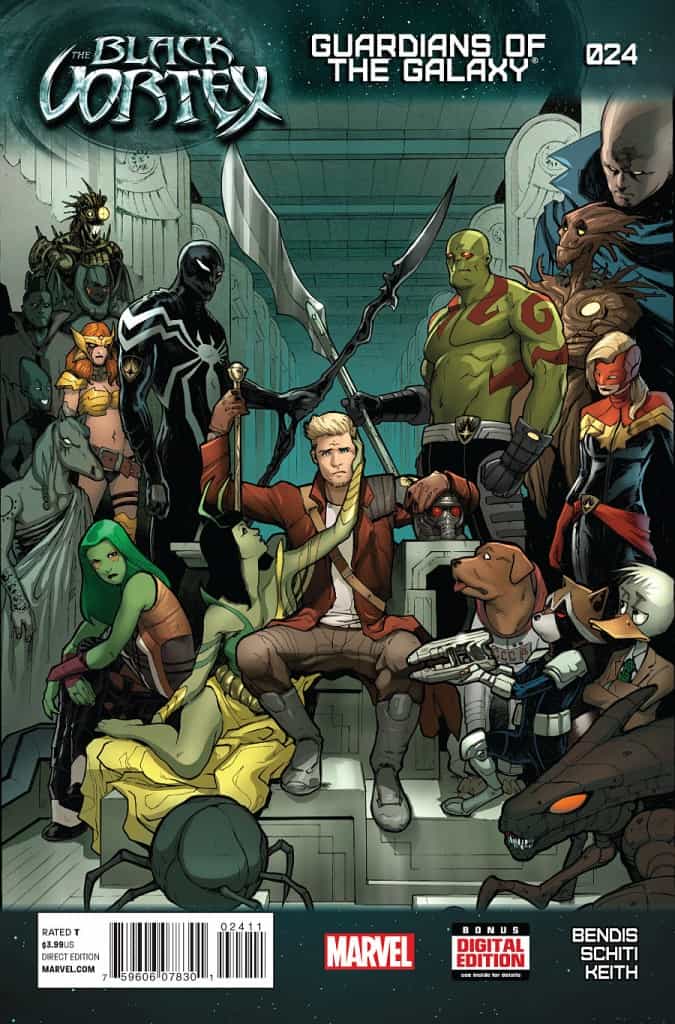 Love is in the air in New York City! The planet’s richest bachelor, Bruce Wayne, is in town for a charity auction – and the highest bidder gets a date with Mr. Tall, Dark, and Brooding! Good thing Harley Quinn just came into some money (please, whatever you do, don’t ask how). But can Bruce really spend a night with Harley without her learning how he spends his nights?

Okay, hello epic story that is bound to be hysterical. What’s Valentine’s Day without Harley Quinn? A boring day for sure, lol! The art is fabulous, so can’t wait to get this issue in hand! 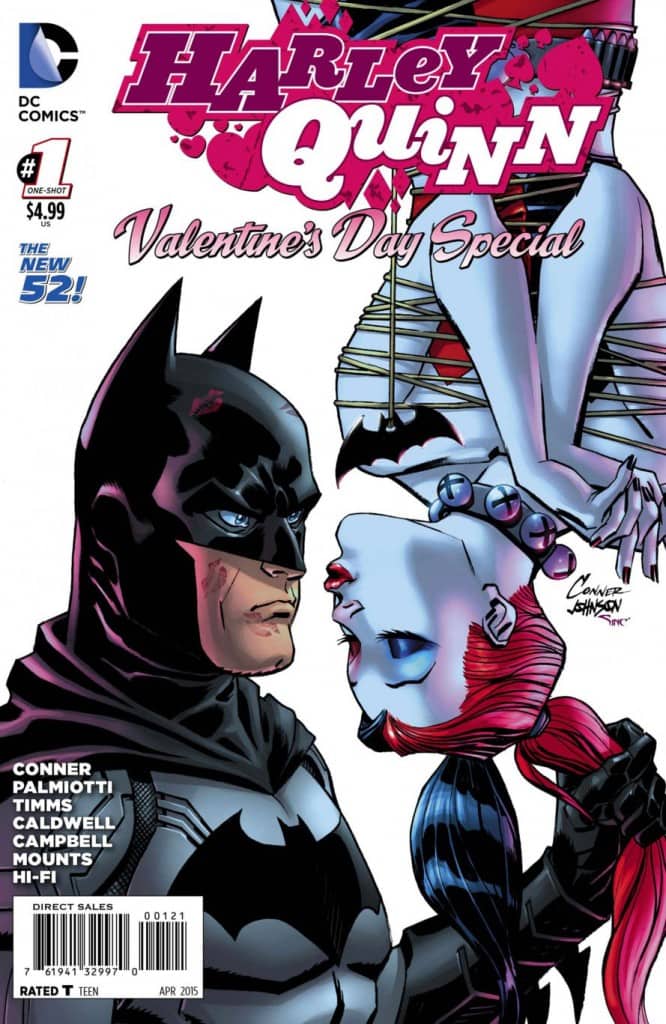 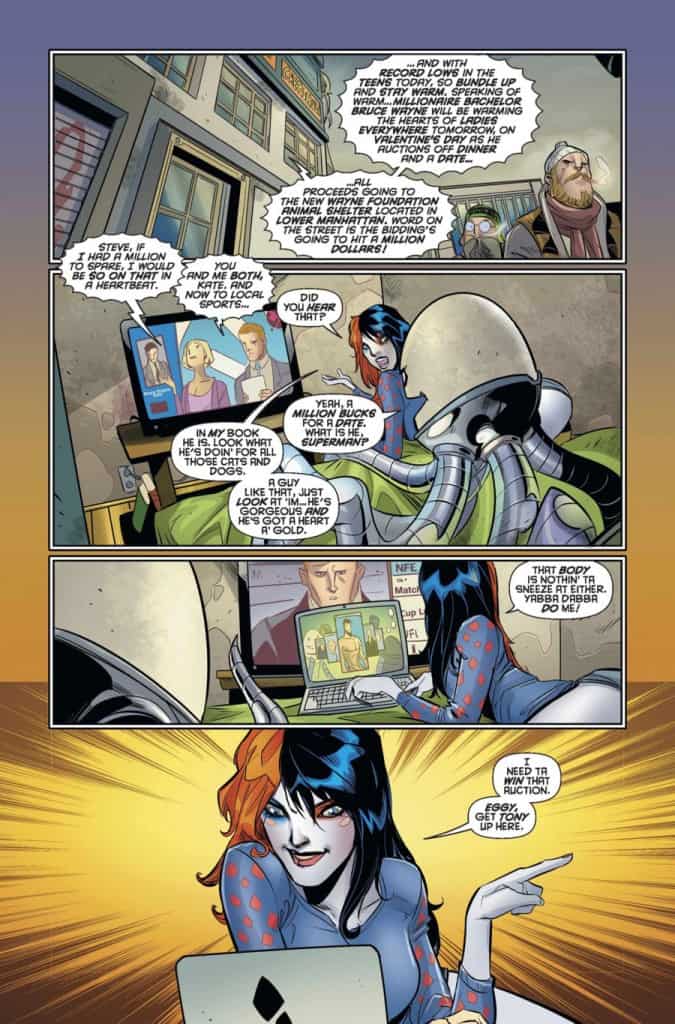 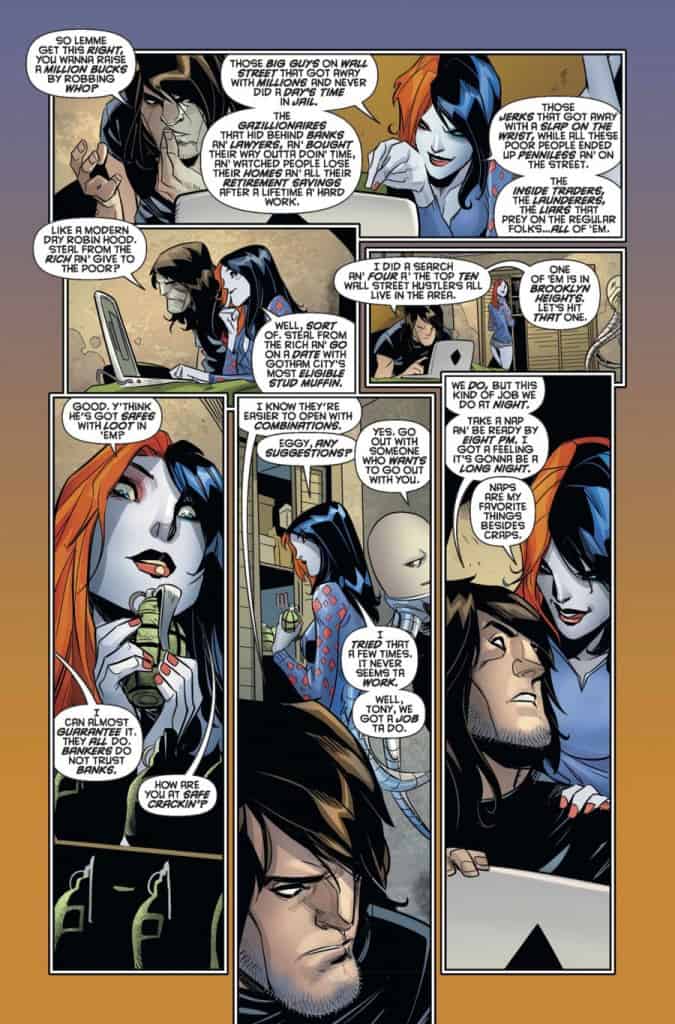 Well, that’s it for this week! Are there any issues that you can’t wait to pick up today/this week?

PrevPreviousFive Tips to Get the Most out of Your Alcatel One Touch Idol X+
NextBeauty Bag: Valentine’s DayNext