Highlights from My Trip to NAIAS in Detroit with Ford

It seems like 2014 is the year of the automobile for Geek with Style!  I’ve been to a few car-related events already, which all began with an invitation to Detroit, MI for the North American International Auto Show thanks to Ford Canada.  I wasn’t sure what to expect, but it became one of those trips that I’ll remember for a long time coming. I think I wound up with only 8 hours sleep for the few days I spent in Detroit, because we had so much to see and do in so little time!

Honestly, I’ve tried writing this post out six or seven times, because I don’t know where to begin first.

Do I start with the lovely hotel, and how shocked I was with their sound-proofing tech? If not everyone, quite a number of us that were invited by Ford (which I believe was around 150 people from all over the globe,) stayed at the Westin Detroit Metropolitan Airport Hotel and for the majority of the stay, I completely forgot there was an airport attached to it.  No cab required; you get off your plane and can be in your hotel room in less than half an hour if done right. The only time I did notice the airport, was when I was actively searching out planes out of my room’s window and when we passed by the airport on a bus to get into Detroit proper.

I’ve always disregarded airport hotels up to this point, thinking they would be noisy just from the general air traffic and the constant flow of traffic of people flying in and out, but wow, The Westin completely changed my mind on how beautiful and easily accessible they can be. It also had this fab instant access to get through airport security, from the lower lobby of the hotel, if you weren’t traveling with much more than a carry-on bag. Unfortunately I had my big Heys luggage with me, so I had to walk the extra 15 minutes through the hotel to the main doors for the airport. 😉

And I’m now the proud owner of SO many photos of high-tech pretty that I want to share with y’all.  It would take me another month to get every angle ready to share, but here’s some of my faves from Ford’s show (you can click on any image to get a full-sized slideshow):

I can’t deny that despite geeking over all the cool tech showcased at NAIAS this year, I was really looking forward to the fashion panel!  Tech and fashion fused into something both inspiring and useful is my little piece of heaven, so getting a chance to listen to panelists: Anthony Prozzi, Amy Marentic and Jennifer Fleiss, on how they’re leading Ford in taking care to create the ultimate accessory for fashion-savvy customers.

As I mentioned in the beginning, I had only 8 hours sleep in total for the three day trip, and its all thanks to the fabulous people I met while there!  I don’t think there wasn’t a moment where someone wasn’t laughing, or sharing a cool tip/anecdote; Ford’s Canadian team of journalists/bloggers/influencers were simply all kinds of fun to be around. <3

Want to get to know these fab peeps?  Here’s they are! 🙂 (in no particular order, ’cause they’re all awesomesauce!) 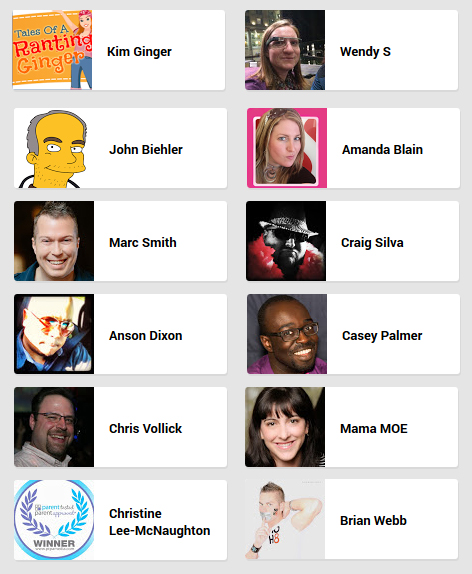 And then there was this….

Are you on Google+? Check out my #FordNAIAS 2014 Highlights Album.

PrevPreviousSaying Goodbye to Chapters Runnymede – Hello Shoppers Drug Mart?
NextMarvel’s GUARDIANS OF THE GALAXY, Released this August 2014! Have you seen the trailer yet?Next

Highlights from My Trip to NAIAS in Detroit with Ford