Toronto is all about fashion right now,  as we’re currently in the middle of World Mastercard Fall Fashion Week.  Bloggers are becoming famous/notorious, and I’m still not sure what to make of The National’s segment last night regarding “The Rise of the Blogger.”  The part that probably got me most was the voice over discussing how bloggers get “free” things, like products and hotel stays (we work for what we get, darn it.)  And personally, its a difficult time for me to celebrate fashion, simply because the stigmas related to plus size fashion.  I want to have fun!  I want to celebrate my love for pretty, sparkley, innovative fashion too, but its hard to watch and want and know that you can never have.

As an aside though, I am totally stoked to hear that Whitney Linen models will be decked out with Canadian proud Nella Bella handbags tomorrow!

So, I’ve waited quite a bit to talk about Melissa McCarthy and Elle and I think its now time to give my opinion on what happened here.  I don’t mind sharing that I’ve been shocked quite a bit when friends and passing acquaintances alike have been asking my “professional” opinion on this particular matter, like I was an authority on it or something (its the little things that make my day apparently, LOL!)

So here’s why I’m not impressed, yet equally happy with the ELLE cover of Melissa McCarthy.  Leave it to a magazine cover to plague me with mixed emotions here!

Let’s quickly look at the covers.  All of them! 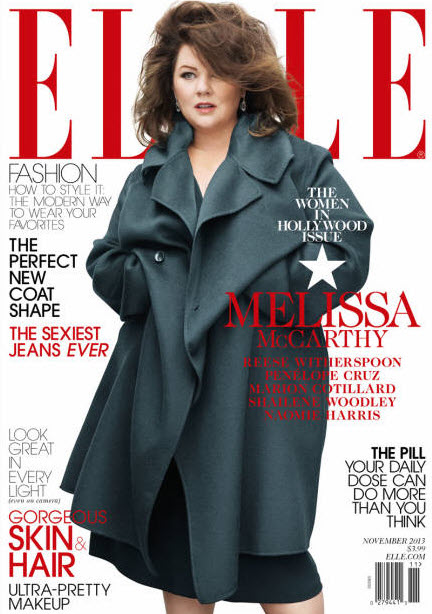 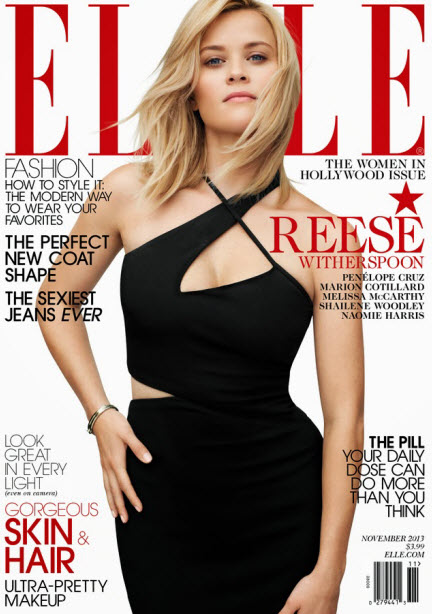 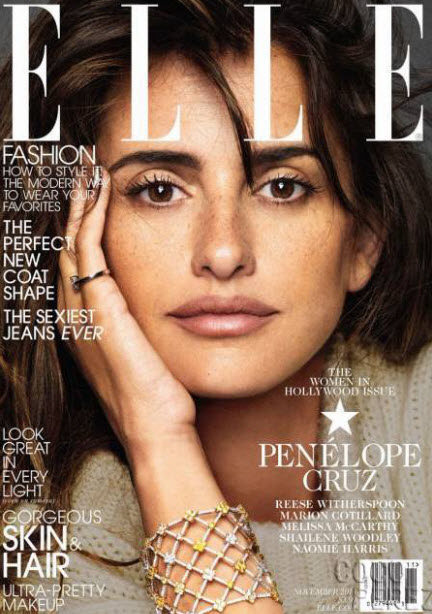 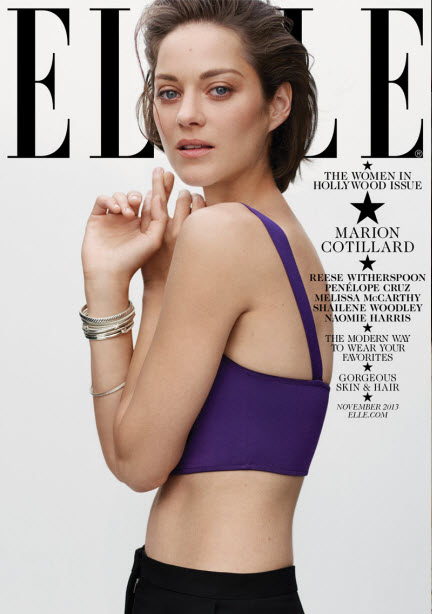 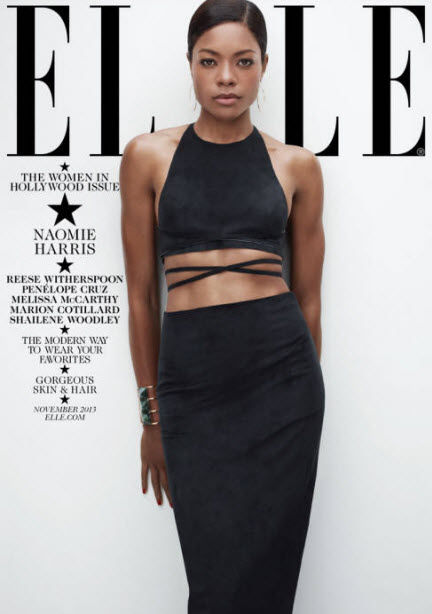 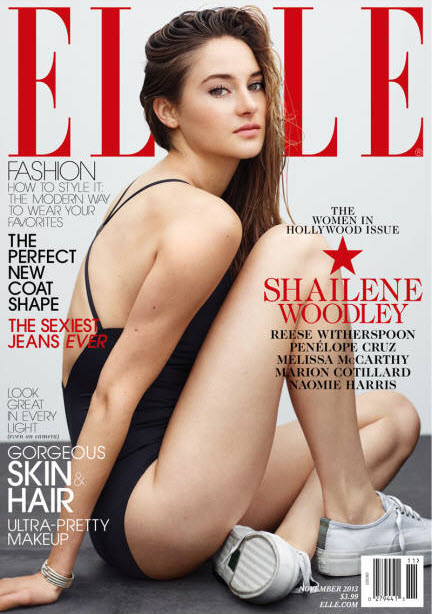 I think the comment that gets me the most in this discussion is, “The cover is talking about the Perfect New Coat Shape, it’s the right season to wear one for a magazine.”  And then I look at the swim-suit and bra issues of Woodley and Cotillard and wonder if those are in season too.

It’s not to say that I’m advocating Melissa McCarthy to rock a swim suit.   I don’t think she would ever wear one on a cover, simply because she’s an extremely classy woman who seems to be highly conservative in her fashion choices.

I mean, look what McCarthy chooses to wear on the red carpet for pete’s sake. McCarthy is known for head to toe covering.

I wish I could just simply show you my favourite McCarthy fashion image here, but I don’t want to get into trouble for photo copyright, so check out this amazing ensemble she wore back in February, for the premiere of Identity Theft. I’m totally impressed.  Its all sparkley and flat out awesome.

This one picture might mean that she’s adventurous too.

I have to wonder if this conservative nature is because in the entertainment light especially, you’re pressured to look a certain way.  And despite the fact that she’s a complete BOSS, I can tell you without truly knowing this amazing woman that she’s fought “the good fight” for better fashion for plus sized ladies too.  She’s even stated a time or two for wanting to make her own fashion line because of the lack of choice.  Here, let me get one of my favourite quotes about that…

She once told Hollywood Reporter about plus size fashion choices, “It’s either for like a 98-year-old woman or a 14-year-old hooker, and there is nothing in the middle.”

I honestly cannot wait for the debut of her fashion line, I hope its soon!

So yeah, to get back to the picture above.  It’s not all coat, there’s a dress underneath from what I can tell.  But WHY is the coat even there?  Why can’t I see my hero in just the dress alone?

If it was one random cover, it would be one thing.  But I can count on one hand the number of times I’ve seen a fabulously plus sized woman on the cover of a fashion magazine lately.  This unfortunately means that there is some responsibility for how the image is going to represent for the masses (ouch… no pun intended there.)  We see Reese and Penelope on covers all the time, this is old hat, and they have nothing to prove here.  Its really unfortunate that McCarthy does.

I’m not saying she doesn’t look beautiful here.  She does.  She looks fierce.  And if she was the ONLY fabulous hollywood lady to represent the November 2013 cover, then all would be cool. I wouldn’t be typing anything at all probably.  But when you put all six magazines together, it looks very “One of these things is not like the others.”

So yeah, I’m conflicted.  I’m not surprised that the coat was McCarthy’s choice, but I would wish someone would convince her of her beauty and that she doesn’t need to hide.  I would have loved to see her in something from Michael Kors’ plus size Michael line instead.  Sure its not uber chic, high-end fashion, but he has more bulls-eyes than misses in his dress line for curvy women.

Check out this jacket from Michael Kors, the model might not be plus sized, but the jacket is: 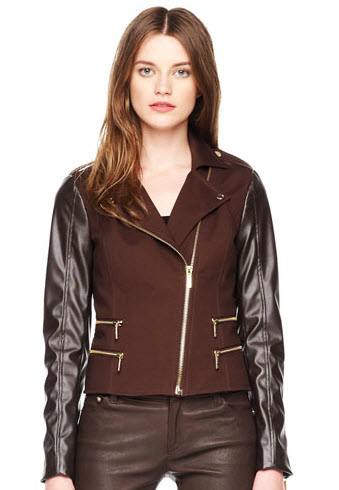 And perhaps I’ve just finally found the underlining problem that I have with the McCarthy cover.  I love the picture.  I even love the coat.  But this cover is NOT about McCarthy, as she’s hidden behind it.  I mean yeah, I love the bracelet on Cruz and Witherspoon’s dress is all kinds of awesome, but those items don’t hide the fierce woman wearing them.  I want to see more of Melissa McCarthy and not the coat (nor the hair) that she’s hiding behind.

There, I think I finally figured out my issue, heh.  Stop hiding Melissa McCarthy!

What are your thoughts on this?

PrevPreviousGreat time to become a Stella & Dot Stylist!
NextIf You Blog and Use Pinterest, You Need to get Rich… Pins.Next