Thanks to travel-pro Robin Esrock and Ford Canada, I’ve been entirely inspired to mock up an ongoing bucket list for myself. Having lived in Toronto for over 30 years, you’d think I’ve done it all in such a colourful, uber-busy city, but that couldn’t be farther from the truth. It’s kind of an impossible task; there is just so much happening at any given moment of every day in this much loved urban landscape. I have blindly chosen my adventures so far, and thus am finding that there are some experiences I continue to miss year after year, simply due to lack of planning. Up until last month, I had not once stepped foot into the St. Lawrence Market, despite it being a major tourist attraction. It might be because it’s a tourist stop that I hadn’t given it much thought, but Esrock and Ford went and fixed this error by having a group of us all meet there for lunch on a brilliantly sunny Saturday this past April.

After a delicious meal (the hot dogs at Carnicero’s are awesome, yo,) we all hopped into some gorgeous eco-friendly Ford vehicles and made our way to Toronto’s Archives, through a more scenic route east of Yonge St; the Archives is something I’ve wanted to visit for years. I’m a geek for local history, and there are questions I want to find answers to of old Toronto. While we didn’t go digging through Toronto’s rich history at the Archives, we were treated to a truly inspirational talk by Esrock, and his experience with a bucket list. Did you know that Swarovski has a picturesque spa in Vernon, BC? The epically beautiful Sparkling Hill Resort, embedded within the Monashee Mountains, along Lake Okanagan is now on my Travel Bucket List (on Pinterest.) Particularly special for its Cryotherapy Cold Sauna, which according to Esrock, is cold. Where else could you walk into a -110 C cold room in a tee and shorts for $40, which supposedly has health benefits. If you thought this past February was cold, it would be considered rather balmy ‘compared to this cold sauna in the KurSpa!

After learning Esrock’s journey, we left the Archives and took a short walk to Toronto’s Casa Loma, which was just up the street (a block or two north of TTC’s Dupont Station). It wasn’t a first visit for me, but I always learn something new whenever I visit! I had no idea that the Canadian Girl Guides first began in Mary Pallet’s sitting room, nor that one of the rugs in this room alone cost $250Gs (back then, in the early 1900s!) Also learned that top-secret sonar technology was built in the stables in 1939 (there really should be a movie made about this!) And the Sir Henry Pallet’s favourite horse, Prince, is buried underneath the stables (creepy!) Casa Loma is also home to some of the original Ford vehicles, which is always awesome to admire. It was a moment that I got to fully appreciate, since my camera decided to die two minutes before we made it to the stables. Doh.

After such a fabulous treat with some great peeps, here are…

This is just a tiny portion of places to visit in and around Toronto. Is there anything on your bucket list that has you Toronto-bound? If you’re planning on doing a trip throughout Canada you should definitely check out [easyazon_link identifier=”1771023015″ locale=”CA” tag=”geewitsty-20″]Robin Esrock’s book series of intriguing places to experience on your travels.[/easyazon_link] The dude is amusing, and I can guarantee that he’ll have suggestions you’ll never thought of. Has anyone ever suggested to you to stay overnight in a jail cell? Well, go read his books, and then you can say that someone has! 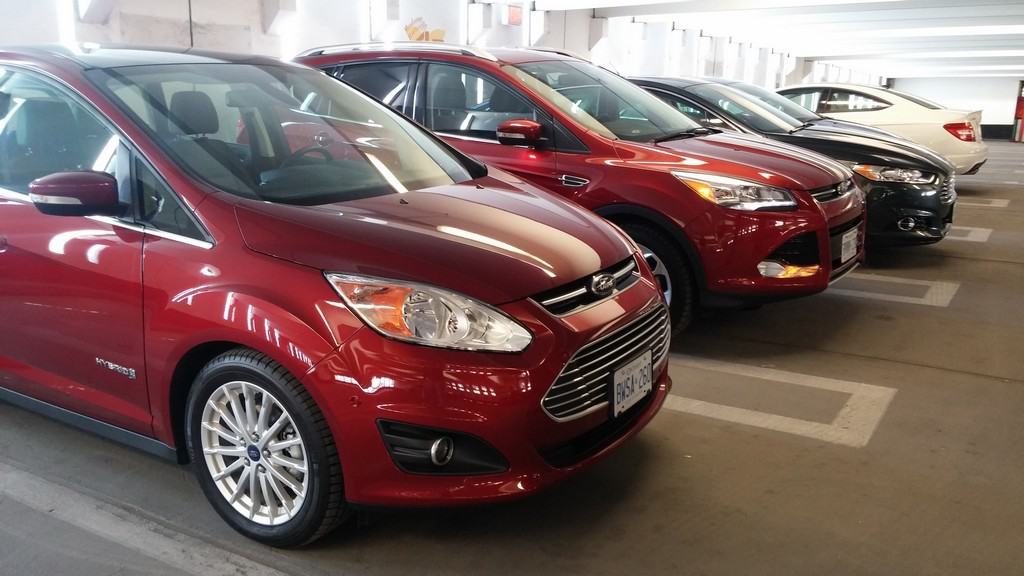 Did you know that the Ford Electric Focus car doesn’t make a sound when you turn it on? Its kinda embarrassing on the kind of sign @AshleyMacnie and I needed just to know the car was running. Like a big neon sign that said “Power On”, it was SO quiet!