I don’t believe I’ve kept it a secret on how much I enjoy my Netflix account.  TheHubs and I are like *this close* to fully cancelling our cable account (except we need to keep a couple international channels on hand for when our family decides to drop by for a week or two,) ’cause when we’re wanting to watch TV together, 9 times out of 10 we’re doing a marathon with one of the TV shows available on Netflix.

I’m currently working on The Walking Dead. 🙂  One of our more memorable marathons that TheHubs and I watched was all nine seasons of The XFiles on Netflix. I believe it took us about four or five months to complete the marathon, and it was all kinds of awesome.  There are tidbits that both of us missed while watching it the first time around back in the late 90’s that made us go, “Aha! That totally makes sense now,” while watching it in succession this time.

Our weekends are for movies though.  The latest one we’ve seen (just this past weekend,) was Abraham Lincoln: Vampire Hunter. 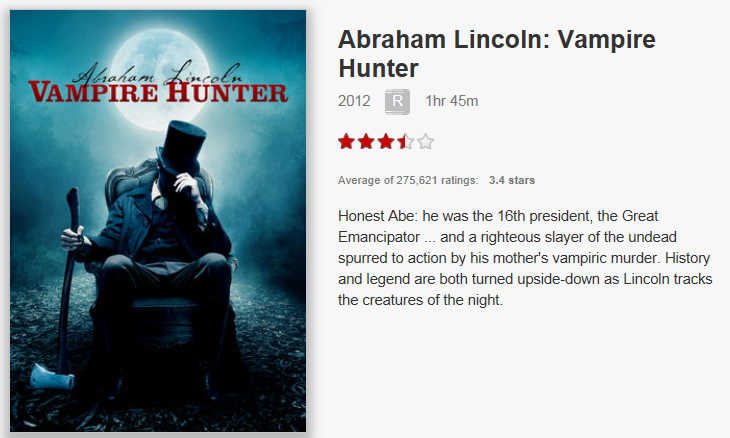 It was good. I didn’t realise until we started watching, that one of my fave actors, Jimmi Simpson (Breakout Kings), is in it, so that boosts my movie rating up for it right away, lol.  The dude is genius, and he makes any and every character I’ve seen him play interesting. So, YAY! The film was fun to watch, though there were a few moments where I really, well and truly, had to check logic at the door.  Yes Vampires do require some ignorance in logic all on their own, but even then there were some moments of, “That just happened – Whaaat?”  😉  If you’re looking for something fun though, with a touch of violence, this movie might just be what you’re looking for!

Here are some other movies and shows that have mostly just recently been released for Netflix Canada (tried to find something for nearly every taste, except horror and romance – they’re just not my thing, sorry!): 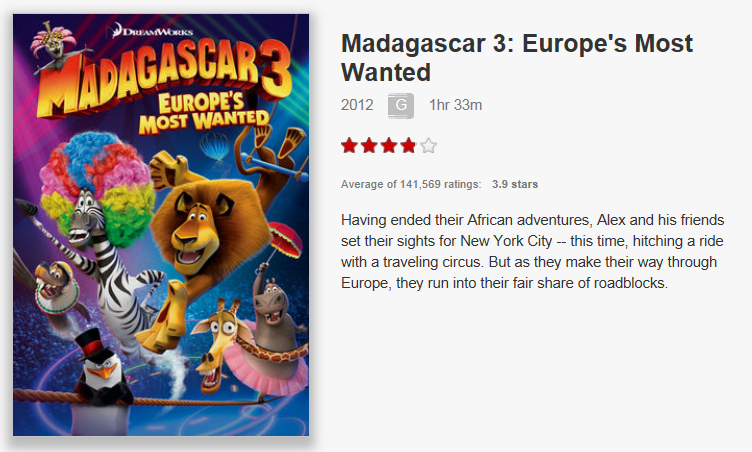 I’ve yet to see Madagascar 3, but there’s a great chance its totally funny ’cause hey, it’s Madagascar, and the “circus afro” song made me giggle every time the commercial played last year! Da-da-da-da-da-da Circus! … Have no idea what I’m talking about? Okay here ya go! 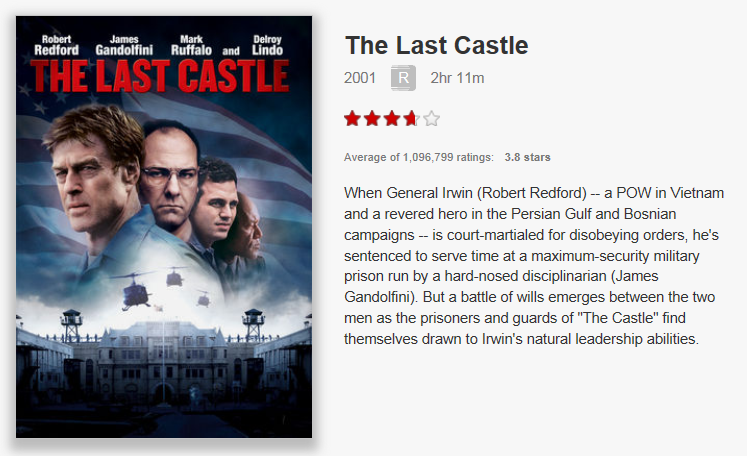 Another movie that I haven’t seen yet (it’s on my list of things to do,) but hello awesome cast!  How can you go wrong with Robert Redford, James Gandolfini, Mark Ruffalo, and Delroy Lindo??  Heck, I just might wait until Father’s Day to watch this with my dad, as it’s totally his kind of movie! 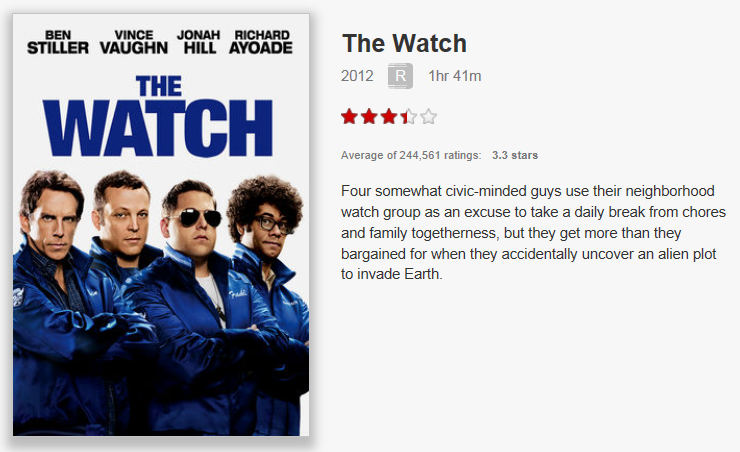 I saw this one a few times, ’cause I love alien-based stories! And even though you could probably figure out each character’s angle and resolutions within the first half hour, its still an entertaining movie to see, if a bit raunchy in the way that you would expect from Vaughn, Stiller and Hill.  Richard Ayoade  (The IT Crowd) is another favourite actor of mine, so I was totally excited to watch him work the big screen last year.   He does awkward British nerd SO well! *hearts* 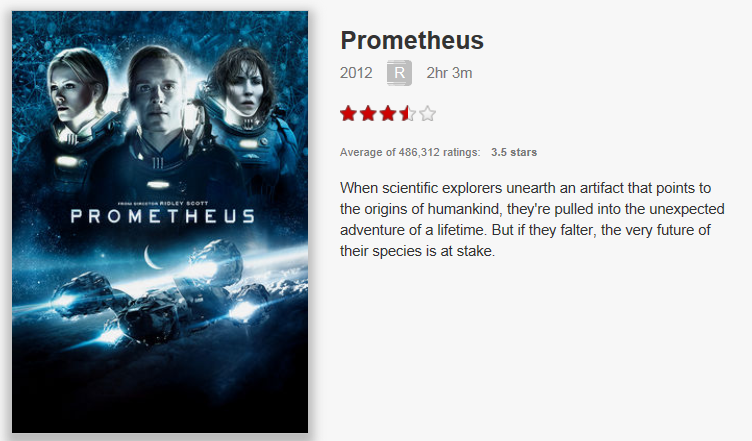 This movie irks me, because I really want to see it, but I can’t ’cause I don’t like Alien-type violence.  Yep, I’m a sci-fi lover that hasn’t seen any of the Alien movies, and I’m not gonna anytime soon, lol.  I can’t do horror/heavy-violence (unless its Expendables, ’cause that movie is too much full of win to miss,) and the trailer suggests there’s quiet a bit of hardcore violence in the latter half of this film.  It has qualities of some of my all-time favourite story-lines though… the whole premise just reeks of Stargate (Movie and/or SG1) lore, and the ship is reminiscent of Serenity (Firefly,) at least on the outside… *sigh*  When I first saw the trailer in a theatre, I was bouncing in my seat for the first thirty seconds thinking I was watching a Stargate reboot, until the obvious Alien bits started playing. *pout*  If you enjoy sci-fi and don’t mind violence, this might be a good lazy-Saturday movie for you. 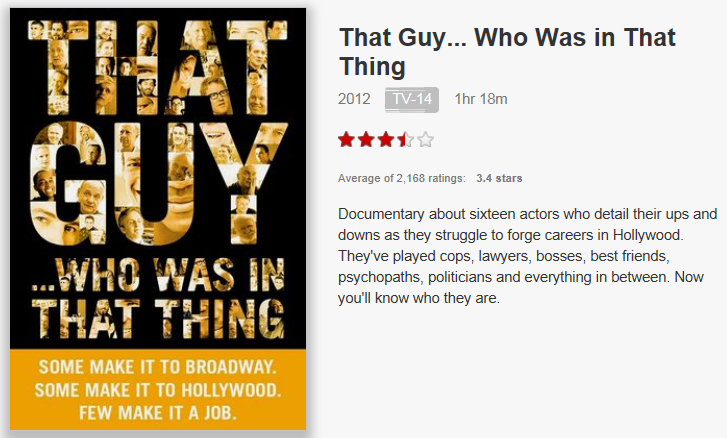 Do you ever play “Whose that Guy/Girl?” while watching a movie/show?  Sometimes watching TV with my dad is like playing Hollywood trivia, lol.  If there is a familiar face on TV playing a supporting role, or even one step above an extra, we spend the next ten minutes of the show wracking our brains to figure out where we’ve seen them before.  Like it matters right? 😉  But for some reason, apparently it does.  Like I can’t enjoy the rest of the movie unless I can recall the actors’ casting history, ’cause that could make or break the film…  *shrugs*  I always thought that was just a family quirk of ours, but there’s a documentary based on it, so maybe you guys play this same game at home too? 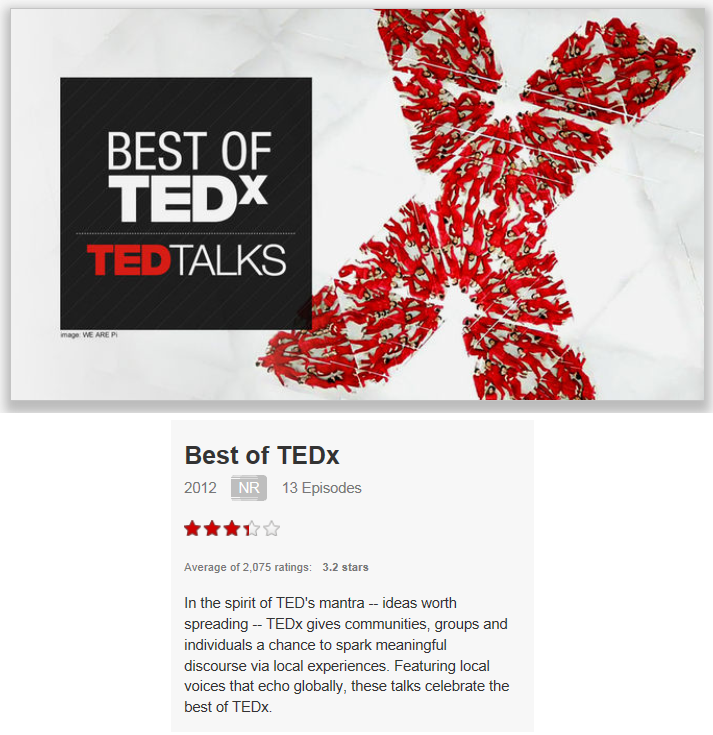 There is a TON of TEDTalks related episodes on Netflix. I really enjoyed the humor and space related ones, and am probably gonna start watching Ancient Clues next; the first episode discusses dinosaurs vs chickens (which would totally explain how the egg came first, lol!)  If you enjoy watching blow-your-mind discussions, you really need to start watching any of the 37 series available on Netflix.  Heck, while counting how many series there are, I just found one on Beauty and Fashion, cool! 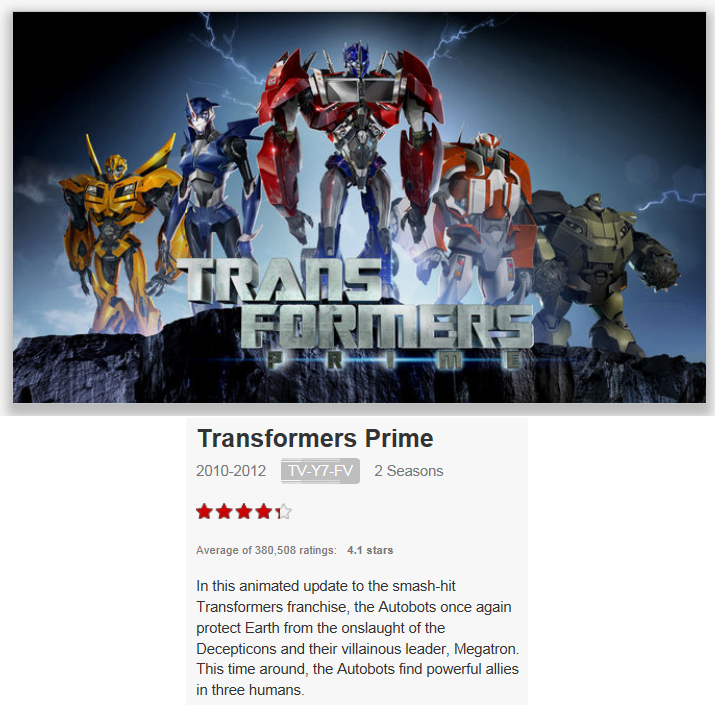 How many cartoons turned movie turned Sunday morning cartoon reboots can say they have used the same voice for the lead character in like, everything.  I’m such a fan of Peter Cullen, though you may know him better as Optimus Prime. This dude has been the voice of Optimus since 1984!  Transformers Prime is the latest installation (though another movie is in the making right now,) and has been a fan favourite for both myself and my two and a half year old nephew.  It’s kinda cool enjoying a show together, and I’m fully tasked to mold my nephew into as much of a geek as his auntie! The kid already tries to work our TV screen like you would a tablet when we’re trying to select something on Netflix (IE, he walks up to the screen and starts swiping, in search of his fave shows… unbeknownst to him, either myself or his uncle is using a remote behind his back to make it look like his tablet swipes are actually working on the TV screen, LOL!)  His other favourite show(s) is all of the Power Rangers installations… I can forgive him this though. 😉 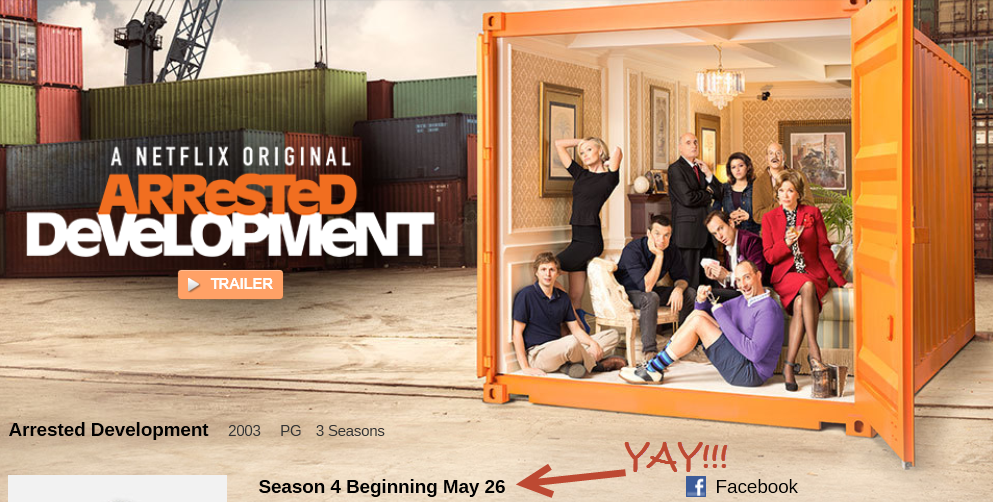 Starting this Sunday May 26th, the fourth season of Arrested Development can be found on Netflix and only on Netflix!!  Its an exclusive, so if your a huge fan of AD (like TheHubs is,) then you’re gonna want a subscription to Netflix to watch.  At only $8/month, with a first month free trial, now just might be a really great time to sign up.  If I understand correctly, the entire season will be released all at once, so Sunday just might be called Arrested Development day here…. I might just have to pick up some TV-marathoner snacks for TheHubs on Saturday, lol.

You didn’t think I’d leave you hanging with just a cool list of shows to watch on Netflix did ya?  Pfft!  We’ve got a giveaway for you too!  Have you heard of a Roku before?  This device lets you stream Netflix on virtually any TV.  Imagine getting to watch Season 4 of Arrested Development right on your TV!  Cool right?  So here’s your chance to win a Roku 2 AND a 1 YEAR subscription to Netflix!  It doesn’t matter whether you’re a new member or not to win the subscription, so I would totally suggest trying out the 1 month free trial now, and add the year subscription to your account later if you win! 🙂


** EDIT ** June 2nd, 2013 Please note that your comments may be appear to be missing, but they aren’t really.  I’m updating the commenting system on Geek with Style, and it will take some time for the new system to show the comments that existed beforehand.  I do have copies of all your comments though, and they will return soon!